Here Were The Top 50 Best-Selling NFL Jerseys This Season 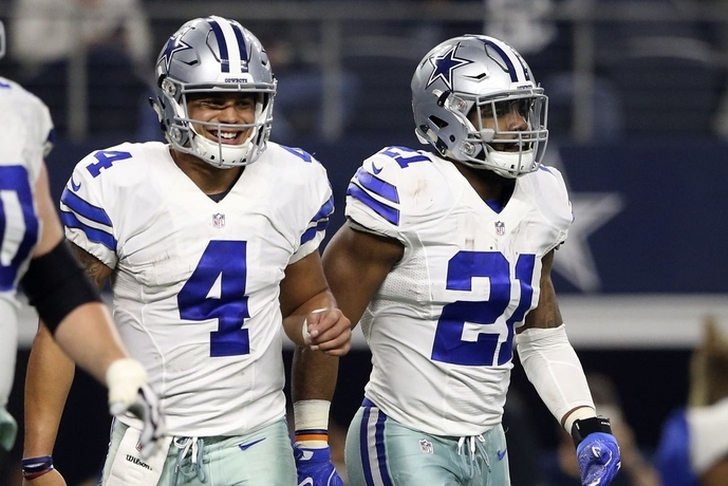 The NFL season reaches its conclusion on Sunday when the New England Patriots take on the Philadelphia Eagles in Super Bowl LII, and it's time to take a look at which players sold the most jerseys this year. This list is based on the jerseys sold from March 1-November 30.

As has been the case over the last two seasons, a pair of Dallas Cowboys top the rankings with many Patriots, Raiders, and Steelers players coming in at the top of the list. Here were the top 50 best-selling jerseys this season:

The Steelers had more players on the list than anyone with six, while the Raiders came in second with five players. Six rookies also made the cut, headlined by Texans QB Deshaun Watson at No. 21.

Unsurprisingly, 17 players of the top 50 were quarterbacks, more than any other position.