Here Are The Odds For Who Will Be The No. 1 Overall Pick In The 2018 NFL Draft 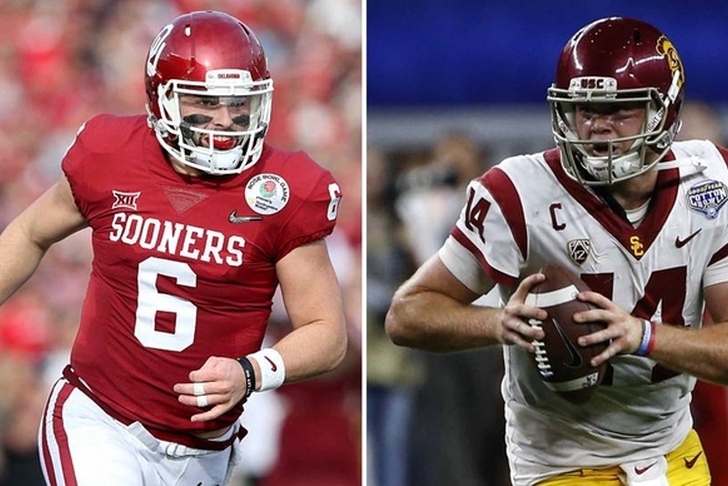 The Cleveland Browns hold the top pick in the draft, and while they're expected to take a quarterback, there are two position players in running back Saquon Barkley and defensive lineman Bradley Chubb, who are in play with the pick.

With just hours to go until the pick is announced, here are the Vegas odds on who the Browns will select, according to The Action Network.

...and Baker takes the lead!

The odds reflect the growing buzz around the league that the Browns will take Oklahoma quarterback Baker Mayfield with the pick, though they are also interested in taking Wyoming quarterback Josh Allen.

Chat Sports has the Browns taking USC quarterback Sam Darnold with the No. 1 pick in our final mock draft. Cleveland also has the No. 4 pick and they're projected to take Chubb.