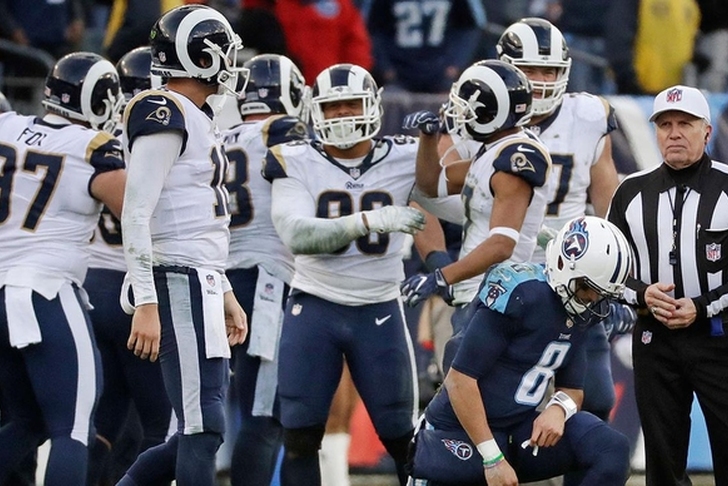 What a great Sunday filled with thrilling games with a ton of playoff implications. After this past week, there are nine teams that have officially clinched playoffs spots heading into the final week of the regular season. It's hard to believe the NFL season is coming to an end and the playoffs will be starting shortly. This is why it's important to know who is in and who still needs to win. Here are the nine NFL teams that have clinched a playoff spot.

Below you will see the symbols x,y,z, and *. The meaning of those symbols is here:

AFC Clinched
1.) New England Patriots (12-3), (XYZ)
The Patriots took care of business against the Buffalo Bills winning 37-16 at home. Now they just need to beat the New York Jets and home-field advantage is all theirs.

2.) Pittsburgh Steelers (11-3), (XY)
With the Steelers losing 27-24 to the Patriots, their hopes of home field advantage are likely over. The Steelers need to win out for a chance at home-field advantage in the playoffs. If the Steelers win one more game they will lock up a first-round bye.

3.) Jacksonville Jaguars (10-5), (XY)
For the first time since 2007, the Jaguars will be going to the playoffs after their Week 15 win. With them clinching a playoff berth may of lead to them having a hangover game against the San Francisco 49ers considering they lost 44-33. The Jaguars still clinched the division this past week after the Tennessee Titans lost.

4.) Kansas City Chiefs (9-6), (XY)
The Chiefs locked up a playoff spot and the AFC West with a 29-13 win over the Miami Dolphins. This will be the second year in a row the Chiefs have made the playoffs.

NFC Clinched
1.) Philadelphia Eagles (12-2), (XYZ)
Last weeks win against the Giants locked up a first-round bye in the playoffs. If the Eagles win on Monday against the struggling Oakland Raiders, they will lock up home-field advantage.

2.) Minnesota Vikings (12-3), (XY)
With a win over the Chicago Bears the Vikings will clinch a first-round bye for the first time since 2009. The only way the Vikings can secure home-field advantage in the playoffs is if the Eagles lose both games and the Vikings win out.

3.) Los Angeles Rams (11-4), (XY)
The Rams and running back Todd Gurley continue to run over teams after their 27-23 win over the Titans. With that win, the Rams have clinched the NFC West and are heading to the playoffs for the first time since 2004.

4.) New Orleans Saints (11-4), (X)
The Saints beat the Atlanta Falcons 23-13 and remain in first place in the NFC South. With a win in Week 17 against the Tampa Bay Buccaneers, the Saints clinch the NFC South for the first time since 2011.