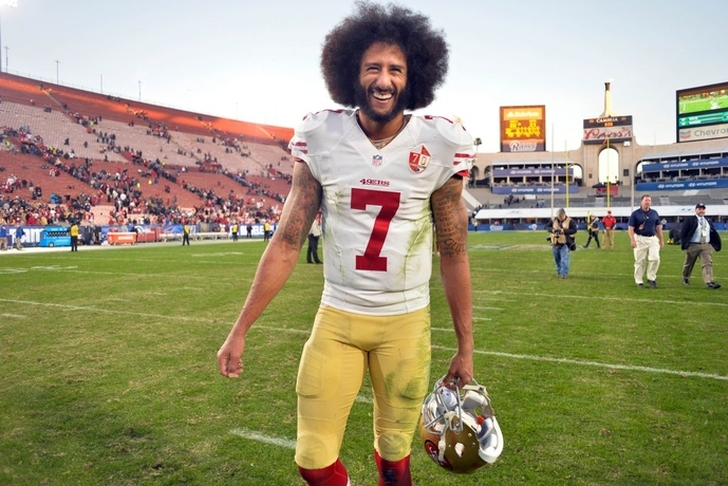 One of the biggest NFL rumors the past two seasons has been around will quarterback Colin Kaepernick play in the NFL again? A week ago Raiders head coach Jon Gruden said he was surprised that quarterbacks like Kaepernick, Robert Griffin III, and Tim Tebow weren't at least on a team. With the recent news that RG3 is back in the NFL after he signed with the Baltimore Ravens on a one-year deal, this made us wonder which team might sign Kaepernick.  Here are the five teams who could finally sign Kaepernick this offseason:

5.) Los Angeles Chargers
Philip Rivers is 36 years old and this offseason and last the Chargers have shown an effort in finding quarterback depth. The Chargers signed Geno Smith and Cardale Jones, so perhaps they will add Kaepernick to the competition.

4.) New Orleans Saints
Drew Brees isn't getting any younger at age 39 and recently signed a two-year deal with New Orleans. If there is one coach who could get the most out of Kaepernick's talents it could be Sean Payton and his clever offense.

3.) Houston Texans
Kaepernick was spotted in Houston working out earlier this offseason, which sparked the discussion of Kaepernick heading to Houston. Last year the Texans lost their starting quarterback Deshaun Watson and once he was injured Kaepernick was rumored to be an option for Houston. Kaepernick isn't the passer that Watson is, but his mobility might be an easy transition for the Texans offense if Watson is ever injured again.

1.) Oakland Raiders
Raiders head coach Jon Gruden hasn't been afraid of the media this offseason releasing popular players. The Raiders backup to quarterback Derek Carr is a major question mark and Gruden even said himself he is surprised Kaepernick isn't on a roster yet. I don't think it's a stretch to say that Kaepernick is better than Connor Cook, Josh Johnson, EJ Manuel and Trent Edwards.