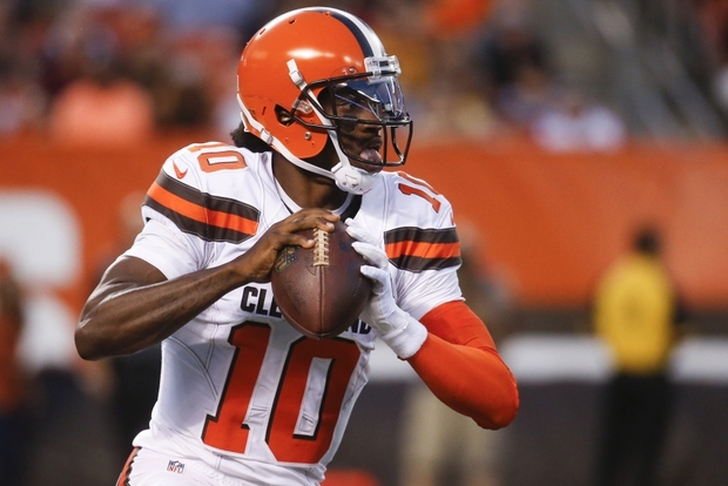 Robert Griffin III is back in the NFL. Griffin is signing with the Baltimore Ravens on a one-year deal, the team announced.

Griffin didn't play in the NFL last year after being cut by the Browns in March of 2017. The former #2 overall pick had a great rookie year, but struggled after that following injuries.

Griffin will compete for a backup QB role behind Joe Flacco in Baltimore. Last year's backup, Ryan Mallett, is an unsigned free agent. The only other QB currently on the roster is Josh Woodrum.

In signing with the Ravens, Griffin is getting another shot at making it as an NFL QB, if only as a backup.