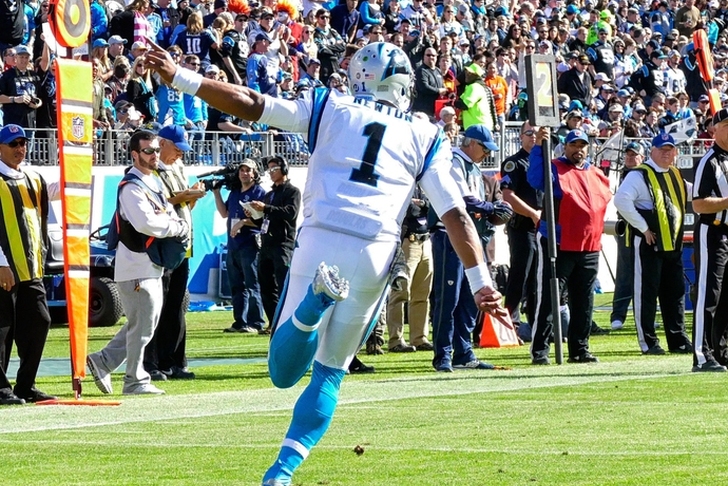 The NFL season is nearly over. We're down to just the last three games of the regular season and the playoff picture is starting to crystallize. Several teams have already been eliminated, but only a few have clinched a playoff spot. This projection accounts for team's schedules as well as their divisions, unlike standard Power Rankings. With that in mind, here are my projections for the NFL Playoffs after 14 weeks.

The Patriots have already locked up the AFC East and are in great position for a bye. Injuries are killing the team, but their semi-easy schedule helps them greatly. It's looking like the Patriots will capture the No. 1 overall seed.

Denver's defense is worthy of a No. 1 seed and the offense is much better with Brock Osweiler at the helm. The Broncos, Bengals and Patriots will all compete for a bye. Someone will have to take the No. 3 seed, and it will likely be the loser of the Bengals-Broncos matchup in December.

The Bengals have looked great so far this season, but the loss of Andy Dalton hurts. It's unclear how long Dalton will be out, and while the Bengals should win at least two games with A.J. McCarron at the helm, that December game against the Broncos will be much harder without Dalton. A loss in that game would likely push the Bengals out of a bye.

The Colts are 6-7, tied with Houston for the division lead. The division will come down to the Texans visiting the Colts this week, but the Colts have an easier schedule. That gives them the advantage, and I think they'll beat Houston head-to-head as well. However, injuries at QB are very worrisome and I wouldn't be surprised if Houston beat the Colts this week.

The 8-5 Chiefs have won seven straight, including keys wins over the Bills and Raiders. The Chiefs have an incredibly easy schedule, as they don't play a team with a winning record the rest of the year. The Chiefs could easily finish with a 10-6 record this year.

Ben Roethlisberger has battled through injuries and with him at the helm, the Steelers should be a playoff team. The wild card spots are going to come down to the wire in the AFC and the Steelers have a tough game against the Broncos left. The Steelers are 8-5 and close the season with two easy games. The Jets are still very much in the race, but play the Patriots and Bills to close the season. It's the Jets vs. the Steelers for this final spot, but I'm giving the advantage to the Steelers. The Texans, Raiders and Bills are two games back and unlikely to make the playoffs.

The 13-0 Panthers are the clear NFC South favorite. Cam Newton is doing a ton for this team, as is the defense. Their schedule isn't too daunting and an undefeated season is within reach. They've clinched a first round bye.

The Cardinals picked up where they left off last season before Carson Palmer was injured. Arizona hasn't been perfect this year, but they are 11-2 with a three-game lead in the NFC West. Their win over Cincinnati was impressive. Arizona has already clinched a playoff berth.

I'm not sure what to make of this Packers' team. They beat the Vikings in a critical game, but followed that up with a loss to the Bears. This division will likely come down to the final week of the season, when the Packers host Minnesota. For now, the Packers get the nod because of a slightly easier schedule and a one-game lead over Minnesota.

The Seahawks are on fire with four straight wins. Seattle could extend that streak to six, which would put the team at 10-5 before a game at Arizona. Seattle seems destined to make the playoffs this season.

The Vikings are 8-5 and serious contenders, despite a loss to the Seahawks and Cardinals. Those losses might end up costing them the No. 4 seed. A loss to the Packers keeps them in the wild card spot for now, but that could change in the coming weeks. They'll likely finish with a better record than the NFC East winner. The Falcons have fallen apart, while the Buccaneers are the only other non-NFC East team with six wins. The Vikings would have to completely fall apart to miss the playoffs.