NFL Week 11 Power Rankings - Who is Number 1, Eagles or Patriots? 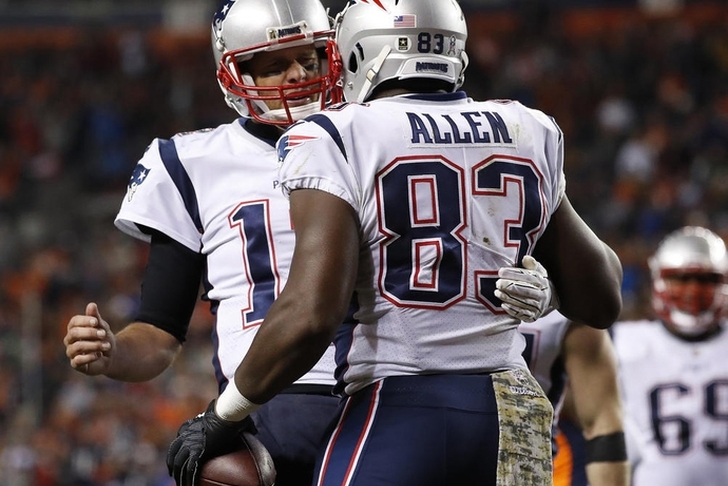 32.) Cleveland Browns (0-9)
Last Week: 32
The only team in the NFL without a win. The Browns did score 24 points and their offense played better than what we are used to seeing but the defense gave up 38 points to a Lions team that ran all over them.

31.) New York Giants (1-8)
Last Week: 30
The Giants are just a total dumpster fire right now that starts with their head coach Ben McAdoo. McAdoo has lost total control of this team and the Giants went from a playoff caliber team to an absolute laughing stock in just one season.

29.) Indianapolis Colts (3-7)
Last Week: 28
The Colts lost a nail-biter to a good Steelers team which of course isn't what Colts fans want but this team is still playing hard and I give them a lot of credit for that. A reason why I don't believe Chuck Pagano deserves to be fired.

28.) Chicago Bears (3-6)
Last Week: 25
The Bears let an Aaron Rodgerless Packers team walk into Chicago and embarrass them. The Packers were 0-3 and showed no life and still managed to beat a Bears team that had been decent at home.

27.) Tampa Bay Buccaneers (3-6)
Last Week: 29
The Buccaneers defense actually showed up to play in Week 10 against the Jets. Doug Martin ran the ball 20 times and controlled the game for the offense which limited the amount of time the Jets offense was on the field.

26.) Cincinnati Bengals (3-6)
Last Week: 27
A game where I thought the Bengals truly should have won. They ran the ball well and Andy Dalton didn't turn the ball over. But there is a reason why the Titans have six wins and the Bengals have only three. Good teams find a way to win.

25.) Houston Texans (3-6)
Last Week: 24
So breaking news the Texans really miss Deshaun Watson. The Texans managed only seven points and seem to be totally lost without their quarterback. To make things worse Will Fuller left the game with a rib injury.

24.) Denver Broncos (3-6)
Last Week: 22
In the last two weeks, the Broncos have given up 92 points. This defense is noticeably frustrated with the offense and the effort is simply not there. Brock Osweiler isn't the answer at quarterback, and a team that went from being 3-1 is all of a sudden 3-6.

23.) New York Jets (4-6)
Last Week: 20
I'm not mad at the Jets for losing this game but I am disappointed. Right, when you think the Jets are going to turn the corner they score 10 points against the Buccaneers and lose.

22.) Arizona Cardinals (4-5)
Last Week: 26
A tough matchup on Thursday Night Football for the Cardinals. The Seahawks had a few lucky plays and some bounces that led to a loss for the Cardinals. After carrying the ball 37 times in Week 9, Peterson was bottled up for the entire game gaining only 29 yards on 21 carries.

21.) Miami Dolphins (4-5)
Last Week: 23
The Dolphins were straight up bullied on Monday Night Football. The lone highlight was running back Kenyan Drake broke a 66-yard touchdown run. Maybe the Dolphins will finally give the ball to their best running back more?

19.) Baltimore Ravens (4-5)
Last Week: 18
The Ravens were on a bye and will travel to Green Bay to play a Packer team coming off their first win without Aaron Rodgers.

18.) Green Bay Packers (5-4)
Last Week: 21
Credit to this Packers team for going into Chicago and finding a way to win. They did lose Aaron Jones and Ty Montgomery to injury but rookie running back Jamaal Williams stepped up and shouldered a heavy workload.

17.) Oakland Raiders (4-5)
Last Week: 16
The Raiders are coming off a bye and hopefully, an extra week of preparation will help them against one of the hottest and best teams in football, the Patriots.