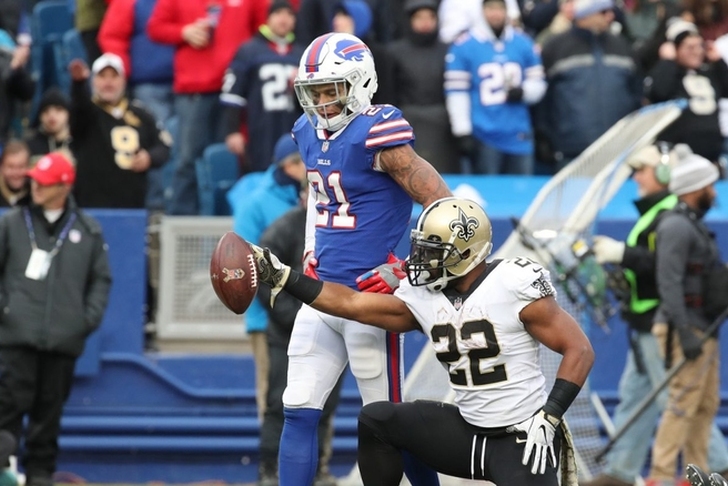 16.) Buffalo Bills (5-4)
Last Week: 12
Wait another Saints touchdown? The Bills were exposed this past week after giving up 298 rushing yards to the Saints. The Bills have lost two straight but will look to snap that losing streak against the Chargers in Week 11.

15.) Detroit Lions (5-4)
Last Week: 17
The Lions beat the Browns by two touchdowns because of their ability to run the football. Ameer Abdullah played well which should give the Lions some hope going forward.

14.) Washington Redskins (4-5)
Last Week: 13
Yes, the Redskins have a losing record but I would argue they have played the hardest schedule in the league. Still, if you want to be taken seriously in this league you need to win against the best teams and the Redskins simply aren't doing that. Kirk Cousins continues to play well with the pieces around him but the defense let the team down this week.

13.) Dallas Cowboys (5-4)
Last Week: 7
The Cowboys looked lost without Ezekiel Elliott in a Week 10 loss to the Falcons 27-7. The Cowboys need to figure out an identity and do it fast as the best team in the NFL is visiting this week.

12.) Tennessee Titans (6-3)
Last Week: 14
The Titans move to 6-3 after a close win against the Bengals. Mariota was injured in this game but should be ok for Week 11. Even though the Titans are tied for first in their division, they haven't been able to find an identity yet this season.

11.) Atlanta Falcons (5-4)
Last Week: 15
The Falcons beat up on a Cowboys team without Zeke. This team still has a lot of issues on offense and losing Devonta Freeman to a concussion won't help at all. They will be tested on the road against a Seahawks team with 10 days of rest.

10.) Jacksonville Jaguars (6-3)
Last Week: 10
Jaguars didn't run the ball effectively and Bortles had two interceptions. But they found a way to win and this defense continues to play like the best defense in the NFL.

9. Carolina Panthers (7-3)
Last Week: 9
The Panthers totally dominated the Dolphins on Monday Night Football on both sides of the ball. When this team plays with this kind of swagger they are one of the best teams in the NFL.

8.) Seattle Seahawks (6-3)
Last Week: 11
Not a pretty win on Thursday Night Football but Russell Wilson and the Seahawks come out of Arizona with a W. The win did come at a price as they lost Richard Sherman for the year with a ruptured Achilles.

7.) Kansas City Chiefs (6-3)
Last Week: 8
The Chiefs have lost three of their last four games so hopefully, a Week 10 bye allows them to regroup and make a playoff push.

6.) Los Angeles Rams (7-2)
Last Week: 6
Another 30 plus scoring performance from the highest scoring team in the NFL. Jared Goff has been light years better in his sophomore season and first-year coach Sean McVay deserves some coach of the year talk.

5.) Pittsburgh Steelers (7-2)
Last Week: 3
The Steelers barely beat the Colts on the road. The inconsistent play of the Steelers is the main reason for them sliding down our Power Rankings.

4.) Minnesota Vikings (7-2)
Last Week: 5
Case Keenum throws for four touchdowns and leads the Vikings to a win. The Vikings continue to win games with a balanced offense and a tough defense. Mike Zimmer for Coach Of the Year?

3.) New Orleans Saints (7-2)
Last Week: 4
The Saints have seven straight games. The defense is playing well and the running game for the Saints has been terrific. The Saints rushed for a franchise high 298 yards in Week 10 and are starting to look like a favorite in the NFC.

2.) New England Patriots (7-2)
Last Week: 2
The Patriots went into Denver and dropped 41 points on the Broncos. The Patriots defense has been much better not allowing more than 17 points the last five games.

1.) Philadelphia Eagles (8-1)
Last Week: 1
The Eagles were on a Bye and will get the Dallas Cowboys in Week 11. Can Carson Wentz continue is MVP season after the bye week?