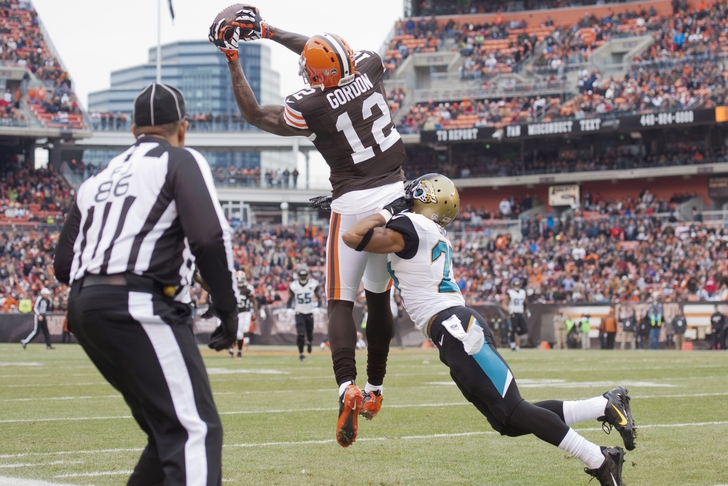 The 2014 NFL football season is fast approaching, and all 32 of the league's franchises are putting in the work necessary to bring a Lombardi Trophy home to their respective cities. Who has a legitimate shot? Who still has distractions to clear up? We hope to help answer those questions and more with our NFL Rumors Roundup for August 22nd & 23rd.

18 days after Cleveland Browns wide receiver Josh Gordon officially appealed his suspension under the NFL's substance-abuse policy, we still are left without a resolution - a holdup that could prove costly to the league if the process continues to drag on.

Under the league's official substance-abuse policy, all rulings on appeals are required to be completed in a "reasonable" time frame. Compared to the five-day window the league gives on appeals to the PED policy, and you can see why the situation in Northeast Ohio is getting a bit tense.

According to Mike Florio of NBC's Pro Football Talk, "the use of five days under one policy could become relevant in determining whether 18 days is “reasonable.”  Which could give Gordon something/anything on which to mount a legal challenge, if/when a decision finally is made."

Seeing that the process will likely drag to Monday at the earliest (21 days), and with the fact that Gordon's 365-day suspension would not be retroactive to his appeal date, things could get mighty interesting once hearing officer Harold Henderson makes his ruling.

Mike Evans making waves in all the wrong ways

As the #7 pick of the 2014 NFL Draft, Tampa Bay Buccaneers wide receiver Mike Evans will have an extremely bright spotlight on him heading into the 2014 season. So, if his alleged actions outside of the Dream Nightclub in Miami are any indication, he might have some work to do to keep his image in tip-top shape.

According to TMZ Sports, Evans was caught on camera screaming at bouncers outside the club on Saturday night. Evans is temporarily knocked out of the frame, but proceeds to return throwing a wild punch.

Evans reportedly threw at least two punches in the melee, along with jumping over the hood of a car during the brawl.

Per Evans' agent Deryk Gilmore (as indicated by John Breech of CBS Sports), the video allegedly took didn't take place this past Saturday. Gilmore claims that it happened back in March...well before Evans turned 21 on August 21st. He also assures that Evans was not drinking that night.

The Bucs have not officially commented on the matter as of yet. Stay tuned.

Vick's starting chances...doomed from the beginning?

The quarterback situation for the New York Jets is hellbent on becoming a controversy - regardless of whether projected backup quarterback Michael Vick tries to sidestep the drama or not.

Per Mike Florio of Pro Football Talk, "according to TheMMQB.com, some Jets coaches 'have privately expressed disappointment that Vick didn’t show up more hell-bent on winning the starting job.'

However, a source close to the situation indicates that the entire competition between Vick and incumbent starter Geno Smith was a "charade," and that he refused to "play along" with it.

Vick has inferred publicly that the battle between he and Smith wasn't a battle at all - making this a possible hot bed issue if Geno struggles out of the gate.

*Per Mike Florio, San Francisco 49ers head coach Jim Harbaugh hasn't "gotten any indication" as to the length of a potential suspension for linebacker Aldon Smith after his incident at LAX a couple months back. Any ruling would likely be met with an appeal, meaning that it's possible Smith could start Week 1 if the process is protracted.

*After being suspended four games under the NFL's PED policy, Kansas City Chiefs tackle Donald Stephenson has indicated (through an NFLPA statement) that the failed test was due to an unnamed prescription medication.

"The rules are strict, and without at TUE, the consequence is a four game suspension," Stephenson stated, via NBC's Pro Football Talk. "I apologize to the Hunt family, John Dorsey, Coach Reid and his staff, my teammates, and our awesome Chiefs fans.  It is not a mistake I will ever make again.  I will train extremely hard during my time away from the team, and I will be ready to contribute to my teams effort to win a Super Bowl as soon as I return.”