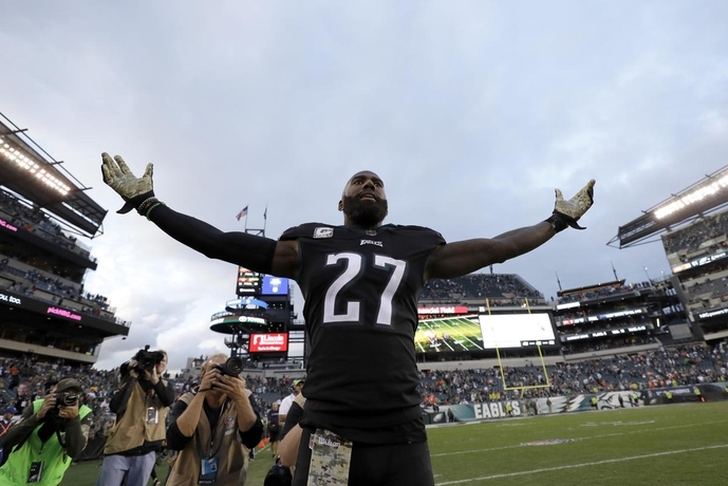 30.) NewYork Giants (1-7)
Last Week: 29
The Giants gave up 51 points at home. The players have given up and Ben McAdoo has totally lost this team.

29.) Tampa Bay Buccaneers (2-6)
Last Week: 27
Between the horrible pre-game speech from quarterback Jameis Winston, to his horrible play on the field to having players blindside defenseless guys. This team is a joke, fire Dirk Koetter.

28.) Indianapolis Colts (3-6)
Last Week: 30
The Colts got the ball into their playmaker's hands and went into Houston and came out with a win. The Colts haven't given up and I will tip my cap to this team because they don't give up.

27.) Cincinnati Bengals (3-5)
Last Week: 24
The offensive line is the weakest part of this team which is saying a lot but it is a total eyesore. You know players are getting frustrated when a guy like AJ Green totally loses his cool.

26.) Arizona Cardinals (4-4)
Last Week: 26
Adrian Peterson was given a career-high 37 carries and the Cardinals won the game. Maybe they need to keep feeding him? Wait they played the 49ers and were able to hide Drew Stanton.

25.) Chicago Bears (3-5)
Last Week: 25
The Bears were on a bye this week and get arguably the worst team in the division this next week with the Green Bay Packers. That just sounds weird.

24.) Houston Texans (3-5)
Last Week: 14
Insert the wow emoji here because WOW! This team without Deshaun Watson is not good. They scored only 14 points at home against the Colts. At least Tom Savage threw a touchdown.

23.) Miami Dolphins (4-4)
Last Week: 23
The Dolphins are going with a running back by committee and it actually didn't look so bad. Cutler played alright but the defense failed to show up giving up 27 points to a struggling Raiders team. The Dolphins are on Monday Night Football this week so they will get an extra day of preparation this week which always helps

22.) Denver Broncos (3-5)
Last Week: 17
So The Broncos gave up 51 points. I think this defense is sick and tired of dealing with an offense that is ugly. Hard to believe Brock Osweiler didn't fix the offensive struggles.

21.) Green Bay Packers (4-4)
Last Week: 21
I'm surprised the Packers aren't lower. They are 0-3 without Aaron Rodgers. Can Aaron Rodgers win MVP without playing because this Packers team is bad without him?

20.) New York Jets (4-5)
Last Week: 28
The Jets have four wins and this week will get the Buccaneers without Jameis Winston and Mike Evans, don't look now but I have a feeling the Jets are going to be .500 next week.

19.) Los Angeles Chargers (3-5)
Last Week: 20
The Chargers coming off a bye had some time to get healthy and a team that has been playing much better lately. They are 3-1 in their last four games so let's see if they keep feeding Melvin Gordon and playing solid football.

18.) Baltimore Ravens (4-5)
Last Week: 18
Is Joe Flacco the most overpaid player in the NFL? You can make the argument because man this guy is a train wreck right now. Luckily the Ravens have a defense or else they might be 10 spots higher on our list.

17.) Detroit Lions (4-4)
Last Week: 19
The Lions had a big win on Monday Night Football and Matthew Stafford now has six wins against winning teams in his career. As I said above though this Packers team has yet to win a game without Rodgers so are they actually an above .500 team?