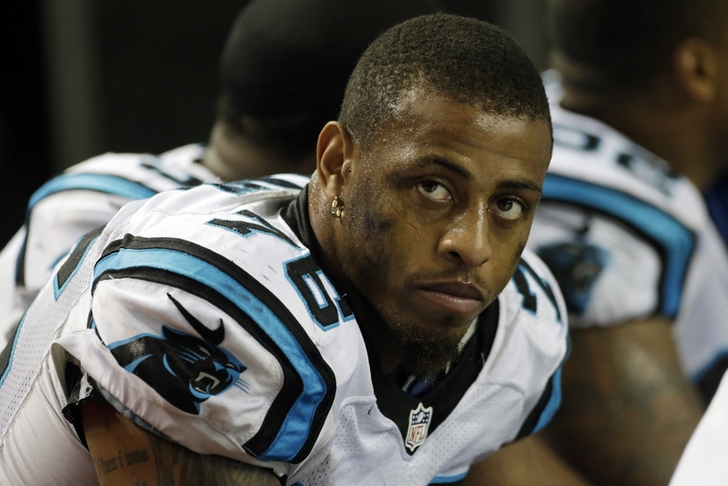 Panthers DE Greg Hardy was absent from practice Wednesday morning, and suspicions have now been confirmed: like Vikings RB Adrian Peterson, Hardy will be placed on the Exempt/Commissioner's Permission list.

Unlike Peterson, Hardy has already been convicted - in June, a judge found Hardy guilty of assaulting a female, and communicating threats. The 2013 Pro Bowler played in week one while awaiting the result of an appeal, but was deactivated by coach Ron Rivera prior to Carolina's week two game against the Detroit Lions. Being placed on the Exempt/Commissioner's Permission list means he won't be back on the field before the appeal process is resolved, and it's sounded up to this point like that won't happen before the end of the season (however, this latest news could change that...stay tuned).