7 Best Defenses In The NFL This Season 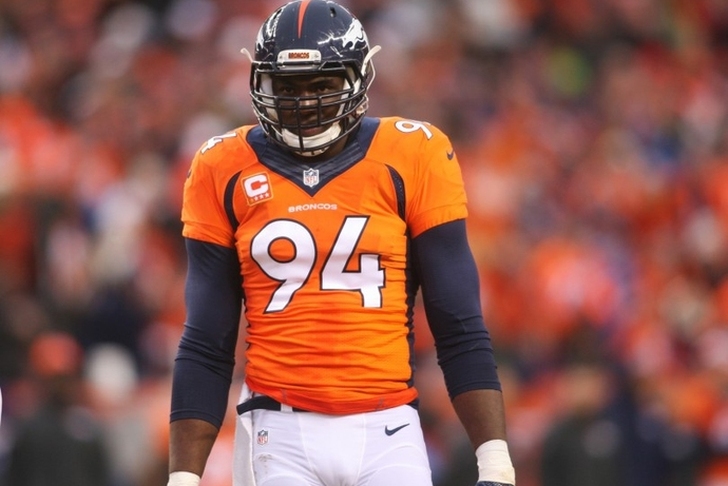 The old cliche is true -- defense does in fact win championships in the NFL. That's why six of the top seven total defenses in the NFL belond to 2016 NFL Playoff teams. Here's our list of the 7 Best Defenses In The NFL This Season.

7. Kansas City Chiefs (329.3 ypg)
The Chiefs won a playoff game for the first time in forever on Saturday, winning their 11th straight game 30-0 over the Houston Texans. Their shutout win serves as validation for the defense's dominance over the past three months.

5. Arizona Cardinals (321.7 ypg)
The Cardinals' offense clicked on all cylinders to help lead them to a first-round playoff bye, but it was the steadiness of the defense would provided the foundation for Arizona's fantastic regular season.

4. New York Jets (318.6 ypg)
You gotta feel bad for the Jets -- they did almost everything right in a 10-6 season, but a late turnover-laden meltdown by QB Ryan Fitzpatrick undid a season of dominance for the defense.

3. Houston Texans (310.2 ypg)
The Texans were blindsided by the Chiefs in Saturday's AFC Wild Card Game blowout loss, but it was their defense which got them to the playoffs in the first place.

2. Seattle Seahawks (291.8 ypg)
The Seahawks defense was inconsistent over the first half of the season, but settled into a MAJOR groove as the team won six of its last seven and seven of nine to secure a playoff berth.

1. Denver Broncos (283.1 ypg)
With the quarterback situation in flux due to Peyton Manning's foot injury, the defense shouldered the load to push Denver to the #1 seed on the AFC side of the playoff bracket.