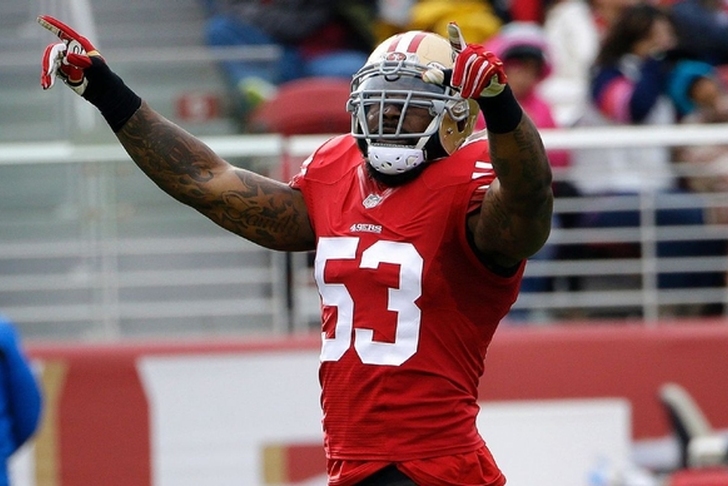 The San Francisco 49ers have released LB NaVorro Bowman this afternoon after failing to find a suitable trade partner. San Francisco was able to replace Bowman with first-round pick Reuben Foster. Even though Bowman is not the player he once was because of injuries, he will draw interest on the open market. Teams did not want to trade for him because of his contract, but that's now much less of a factor with him on the open market.

So, which teams are the most likely to sign him? Here are six possibilities:

6) Indianapolis Colts
Even though Andrew Luck hasn't played yet this season, the Colts are only one game back in the division. Indianapolis also has a need at linebacker and have a history of bringing in veteran players - especially from the 49ers - to play big roles for them. Bowman would immediately step in and be the leader of the defense.

5) Pittsburgh Steelers
The first contender on this list, Pittsburgh is thin at linebacker and already signed another veteran free agent in Joe Haden, who was cut by the Browns in the preseason. Bowman may not play a huge role in Pittsburgh, but at this point in his career, playing limited snaps may be a good thing for him. However, that's not to say he won't contribute in a big way.

4) Dallas Cowboys
At 2-3, Dallas' season is in jeopardy of sprailing to the point where they may miss the playoffs. Starting middle linebacker Sean Lee has missed the last two games with a hamstring injury, and while he's expected to return after a bye, Bowman gives them another option who can play anywhere in the linebacking core. Plus, Dallas being on the bye would give him an extra week of preparation before taking the field.

3) New Orleans Saints
The Saints have been one of the worst defensive teams in the league for the past several years, and at 2-2, the Saints plan to go all out after a playoff spot. Bowman would be an upgrade over their current starters and provide leadership for a unit that badly needs it.

2) Oakland Raiders
Oakland has expressed confidence in their current roster, but with their championship window opening, they could feel the pressure to make an addition like this. Bowman could stay in the Bay Area with this move and be a starter for a championship-caliber team - and one that will be competing for titles for many years. That makes them the best option outside of New England.

1) New England Patriots
This just feels like the way things will go, right? New England's defense has been the worst in the league this year and are really thin at linebacker. Enter Bowman, a veteran who would be an immediate upgrade. San Francisco likely released him instead of holding out on a trade to allow him to sign with a contender - which would point directly to the Patriots.