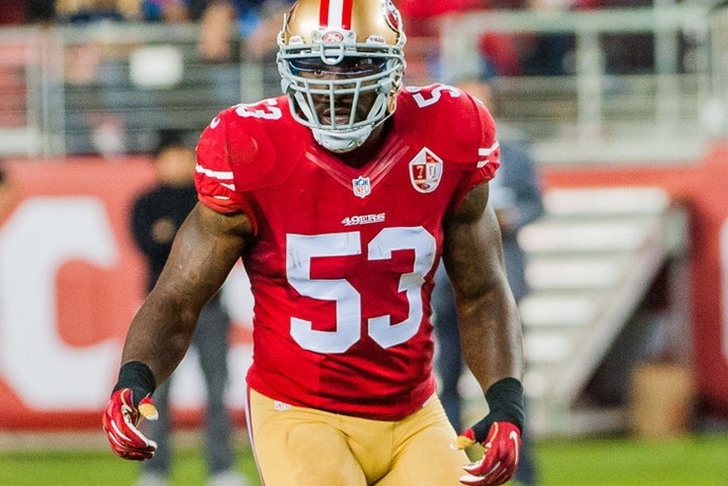 After trying to trade him, the San Francisco 49ers have elected to release LB NaVorro Bowman in a surprising development.

The 49ers' statement on the release of LB NaVorro Bowman.

(He'll draw plenty of interest on the FA market) pic.twitter.com/mvB3wljb4M

Bowman, despite not being the player he once was because of injuries, will draw interest on the open market. That the 49ers elected to cut Bowman was an obvious sign they were unable to trade him.

Bowman, at age 29, will be replaced by first round pick Reuben Foster. The release comes on the heels of the 49ers deciding to sit Bowman for some series to keep him fresh.

Numerous teams will have interest in signing Bowman, although likely not in time for this week's slate of games. His salary was an issue for contenders, but that will be less of a factor on the free agent market.