5 NFL Teams That Will Be Disappointments In 2018 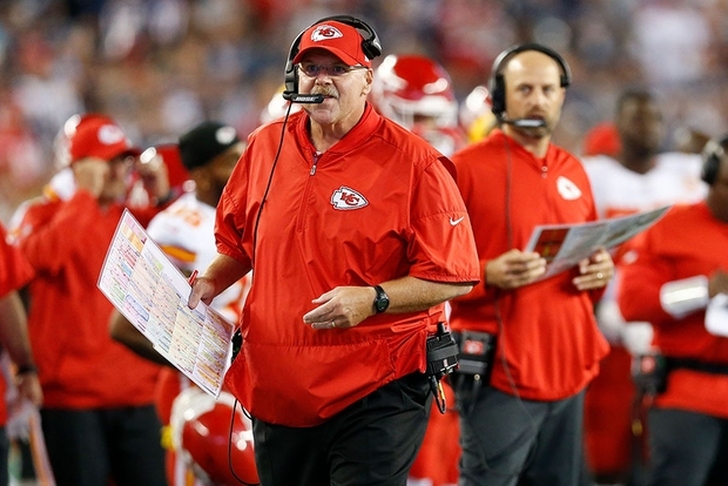 We are into July and the excitement for the 2018 NFL season is growing. Training Camp is underway and we are getting a first glance at some teams around the league and how they might fare in 2018. The Jacksonville Jaguars and Tennessee Titans made some big offseason moves after making the playoffs, but will they be a disappointment in 2018? The hype in San Francisco around quarterback Jimmy Garoppolo has the 49er fans thinking Super Bowl, but will they even make the playoffs? Here are the five NFL teams that will disappoint in 2018:

5) Jacksonville Jaguars
The Jaguars almost defeated the Patriots in the AFC championship game but fell short after a Tom Brady led comeback. This offseason the Jaguars added the best offensive lineman free agent in Andrew Norwell, which should only improve their offensive line. The defense is one of the best in the NFL, but as long as Blake Bortles is under center in Jacksonville, I will be skeptical.

4) Seattle Seahawks
The Seahawks missed the playoffs in 2017 and finished with a 9-7 record. This offseason the Seahawks lost a ton of talent on defense and still have one of the worst offensive lines in the NFL. In the NFL Draft thy selected Rashaad Penny, a running back out of San Diego State in the first round, which was one of the worst picks of the entire 2018 NFL Draft. The Seahawks are headed in the wrong direction.

3) San Francisco 49ers
The 49ers are 5-0 with Garoppolo starting at quarterback, which is why the expectations for the 49ers are sky high this season. The 49ers defense hasn't improved much this offseason and losing Carlos Hyde will hurt the offense. The San Francisco offense also added running back Jerick McKinnon and the hype around McKinnon grows every day. Don't be shocked when the 49ers finish 8-8.

2) Tennessee Titans
The Titans finished 10-6 last year and won a playoff game in 2017, plus I think they improved this offseason. So why are they on the list? Well, last year they didn't deserve to be a playoff team and the AFC South will be a much better division in 2018. The Colts will get quarterback Andrew Luck back and the Texans added Tyrann Mathieu this offseason and will get quarterback Deshaun Watson back after suffering an ACL tear last season. The Titans won't win the AFC South and miss the playoffs in 2018.

1) Kansas City Chiefs
Alex Smith was actually good last year and led the NFL in passer rating. The Chiefs defense isn't as good as last year and Patrick Mahomes will be a first-time starter. Smith might not be a quarterback who lights up the stat sheet, but he did in 2017. Mahomes has a big arm and there is a ton of talent around him, but it's time to pump the brakes on the Chiefs.