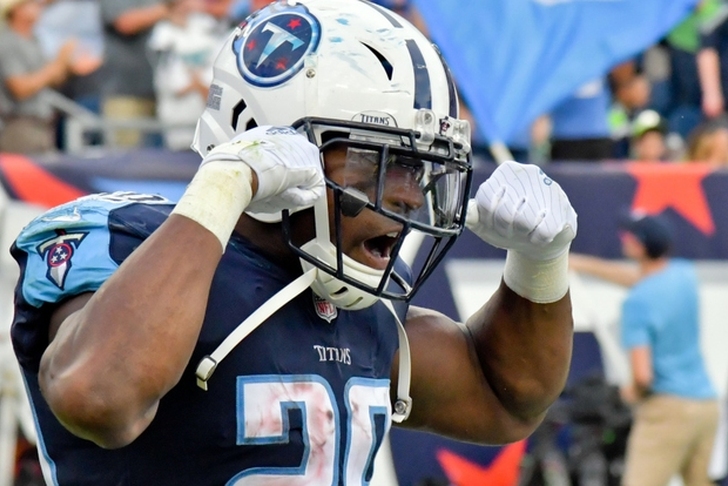 The NFL rumors are starting to pick up around what team running back DeMarco Murray will play for in 2018. The Tennessee Titans released Murray in early March after two seasons with the Titans. He is coming off a year where he ran for 659 yards and averaged only 3.6 yards per carry. Murray has played for three different teams in his seven-year career - Cowboys, Eagles, and Titans - and now will be looking for his fourth. He is three years removed from his outstanding 2014 campaign where he led the NFL in rushing yards with 1,845 yards, but since then has declined. Here are the five teams who could sign Murray for the 2018 season:

5.) Denver Broncos
C.J. Anderson is gone and now the Broncos have Devontae Booker and Royce Freeman. Booker is entering his third year and to this point has been a disappointment. Freeman was selected in the third round of the NFL Draft and had an incredible career at Oregon but is still an unproven rookie.

4.) Baltimore Ravens
If Kenneth Dixon can't get his head on straight and if the Ravens aren't totally sold on Alex Collins, look for Baltimore to look for a veteran running back in free agency. Murray would be able to step in and be a positive role model for a young group of runnings backs.

3.) New Orleans Saints
The Saints will be without Mark Ingram for the first four games of the season and may look to add another running back to fill the vacancy. Insert Murray who can catch the ball effectively out of the backfield and would be a great fit with the type of offense the Saints employ.

2.) Seattle Seahawks
The Seahawks drafted Rashaad Penny in the first round but besides him, they don't have many reliable running backs. Insert Murray who could show Penny the ropes, and hopefully, the Seahawks get a solid return on their Penny investment.

1.) Indianapolis Colts
The Colts have come out and stated they plan on going with a running back by committee (RBBC). The Colts selected two running backs in the 2018 NFL Draft and Marlon mack is entering his second year. The Colts lost Frank Gore and could be looking to find a reliable veteran to run the ball.