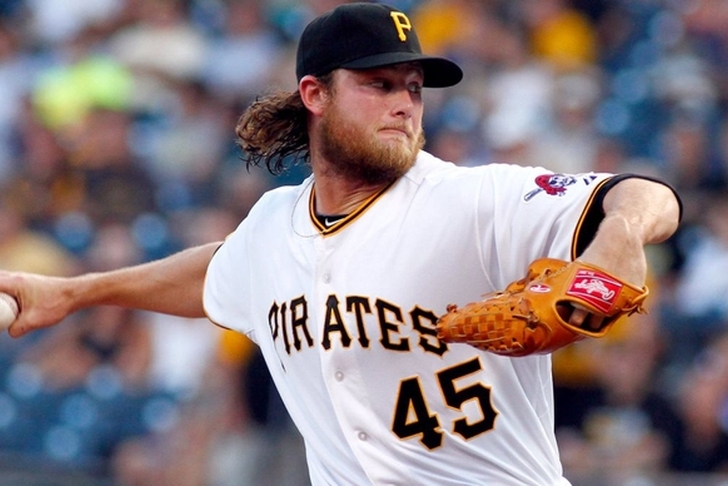 The New York Yankees already landed the biggest prize of the offseason on Saturday in Giancarlo Stanton, who they acquired in a trade with the Miami Marlins. But that's far from the only move the Yankees will make this offseason, and New York made another trade on Tuesday by shipping Chase Headley to the San Diego Padres. With the Winter Meetings here, more moves will be on the way. Here are all the latest Yankees news & rumors you need to know:

Gerrit Cole Coming to New York?
The Yankees have shown interest in Pittsburgh Pirates pitcher Gerrit Cole. Cole was drafted by the Yankees out of high school, and nearly 10 years later, the Yankees could reunite with Cole, according to Max Wildstein of the Sporting News.

#Yankees are definitely talking to the #Pirates about Gerrit Cole, as others reported. Wonder if Brian Cashman is able to pull off another heist again.

Cole is 27 years old with 127 career starts under his belt. Last season, he posted the following numbers: 33 starts, 203 innings, 4.08 FIP and 3.56 SO/BB. He would bring a reliable arm to the Yankees rotation with high upside and durability.

C.C. Sabathia Meets With Blue Jays
According to George A. King III of the New York Post, the Toronto Blue Jays met with free agent starter CC Sabathia on Tuesday.

Sabathia seemed poised for a return to the Yankees when the offseason began but that might not be the case now. The Blue Jays are interested in the veteran left-handed pitcher, who had a 3.69 ERA in 148 2/3 innings with the Yankees in 2017.

This offseason, the Yankees have made it a priority to deepen their pitching rotation, which is why Corbin is in their crosshairs.  Last season, Corbin recorded 178 strikeouts in 189 2/3 innings with a 4.03 ERA.