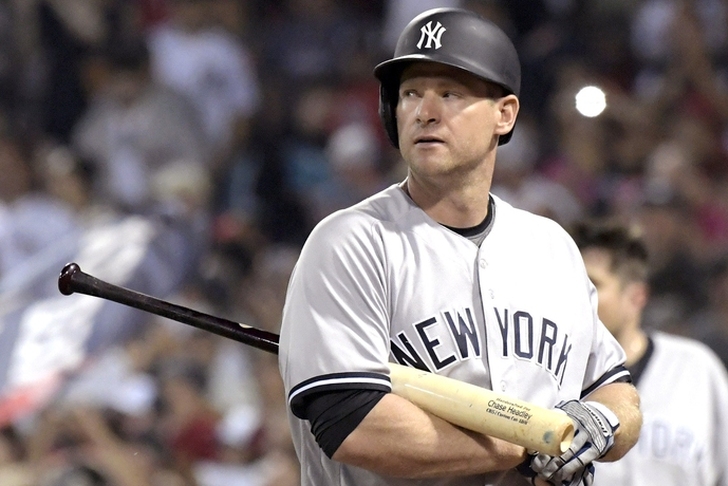 The New York Yankees have traded Chase Headley and Brian Mitchell to the San Diego Padres for Jabari Blash, according to Joel Sherman of the New York Post.

#Yankees are getting back outfielder Jabari Blash for Headley/Mitchell. This feels like NYY salary dump, tying Mitchell's upside arm to get #Padres to take all of Headley's $13M pact.

The Yankees made the move in order to clear more room under the luxury tax threshold ($197 million), giving them a better opportunity to pursue a top-end starting pitcher or third baseman on the open market.

If they don't sign a third baseman (New York would like to bring back Todd Frazier), the Yankees believe Miguel Andújar is ready to handle the role or that Gleyber Torres can play there as well.

Headley, who spent the first seven and a half seasons on his career with the Padres, hit .273 with 12 home runs and 61 RBIs last season.

Blash, an outfielder, appeared in 61 games for the Padres last season, hitting .213 with five home runs and 16 RBIs.