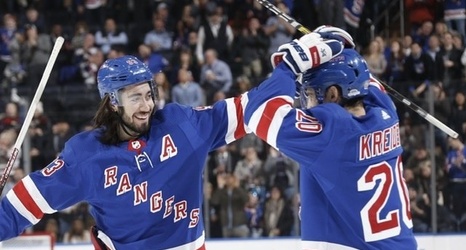 In their fourth game in six days since returning from the All star break, the Rangers faced off in an original six match up against Tavares and the Toronto Maple Leafs on Girls and Women in Sports Night at MSG.

It was John Tavares who opened the scoring with a goal at 7:36 in the first period with help from Jake Muzzin, who got away with holding the stick of Brady Skjei that let the play develop. Shesterkin made a great first save on a shot by Nylander, but Tavares was left all alone on the ice to notch in the rebound for his 20th goal of the season.