Gerard Gallant likes what he sees from Rangers' third line 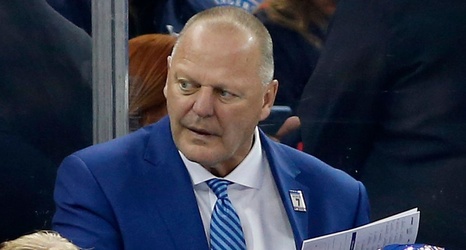 Rangers. head coach Gerard Gallant looks on from the bench during the first period against the Stars at Madison Square Garden on Oct. 14. Credit: Jim McIsaac

TORONTO – The second meeting between the Rangers and Toronto Maple Leafs found both teams in different (and better) spots than the first time the teams played, back on Oct. 18, in what was the fourth game of the season for the Rangers.

Both teams entered Thursday on four-game win streaks, and feeling good about themselves. The Rangers were pleased that they had tightened up their work in their defensive zone, which was lightening the load a little on their goaltenders, while also helping improve their transition to offense.