Jets WR Quincy Enunwa Out For Season With Neck Injury 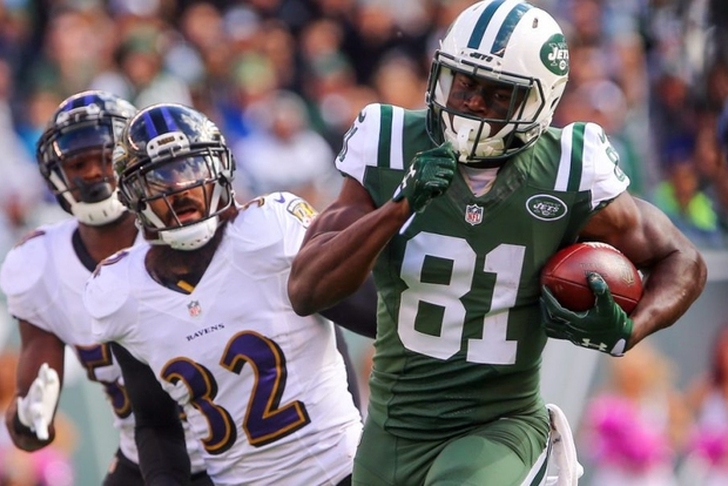 The New York Jets have lost their leading receiver for the season. The club placed WR Quincy Enunwa on injured reserve with a neck injury, ending his season

Todd Bowles says Jets WR Quincy Enunwa has a bulging disk in his neck and will be out 6-9 months.

With Eric Decker and Brandon Marshall gone, Enunwa was expected to take over as the top receiver in New York. But, with the neck injury he suffered Saturday, that won't be the case. Placing him on IR means his season is over.

Enunwa was actually the top WR for the Jets last year, leading the team with 857 yards and four TDs. He had 58 catches, one behind Brandon Marshall. With Enunwa now out, Bilal Powell's 58 catches are the most returning to the Jets.

The Jets were already thin at WR and the loss of Enunwa won't help things. Robby Anderson is the top healthy WR based on last year's numbers, with 42 catches for 587 yards and two scores. The only other receiver with catches are Charone Peake, who had 19 for 186, and Jalin Marshall, with 14 catches for 162 yards and two scores. Devin Smith, a former second rounder, tore his ACL in April.

The Jets also drafted ArDarius Stewart in the third round and Chad Hansen in the fourth. The Enunwa injury means one or both of those two could be pressed into action early.

Check out our New York Jets team page for all the latest Jets Rumors or download the Chat Sports App!