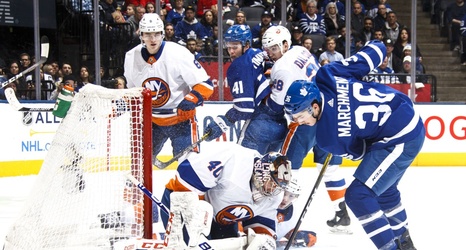 Michael Hutchinson stopped 33 shots for his first shutout in nearly a year, and the Toronto Maple Leafs beat the Islanders 3-0 Saturday night to push their point streak to 10 games.

Pierre Engvall, Auston Matthews and Zach Hyman scored for the Maple Leafs, who are 9-0-1 during their streak.

Semyon Varlamov had 20 saves for the Islanders, losers of five of their last seven (2-4-1).