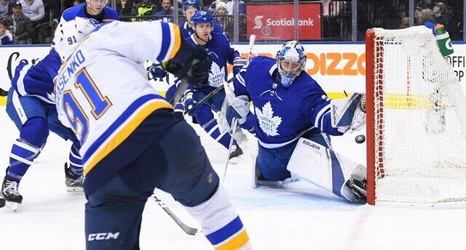 Lance Hornby: Ilya Mikheyev‘s agent Daniel Milstein wouldn’t comment on Elliotte Friedman’s report that they requested a trade at the end of the season. He was assured by the Toronto Maple Leafs that he is a big part of their plans for this season.

Limited cap space for the Blues

Jim Thomas of the St. Louis Post-Dispatch: (mailbag) The St. Louis Blues still need to re-sign RFA forward Robert Thomas and get cap compliant before the season starts. They could go with a 22-man roster to start the season and someone will likely be put on the LTIR.