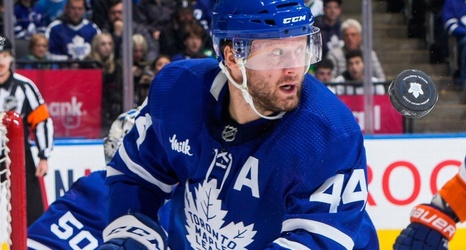 Rielly was hurt in a collision with New York forward Kyle Palmieri early in the third period of Toronto's 3-2 overtime loss to the Islanders at home on Monday night.

Rielly has no goals and 16 assists in 20 games this season and is averaging 23 minutes of ice time.

The LTIR decision gave Toronto some salary-cap flexibility to promote some reinforcements from its American Hockey League affiliate. As such, the Maple Leafs were able to recall defensemen Mac Hollowell and Victor Mete.