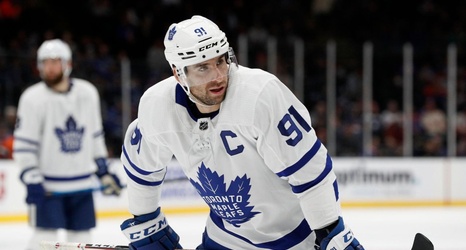 John Tavares #91 of the Toronto Maple Leafs looks on against the Islanders at NYCB Live's Nassau Coliseum on Wednesday, Nov. 13, 2019. Credit: Jim McIsaac

TORONTO — He’s been gone for a season and half now. But to John Tavares, the biggest alteration to the Islanders over that span is not his departure but their defensive improvement.

“I think the proof is what they’ve been able to do,” said Tavares, in his first season as the Maple Leafs captain after serving in that role with the Islanders from 2013-18. “They’ve gone, from when I was there, we weren’t very good defensively, to now probably being the best defensive team.