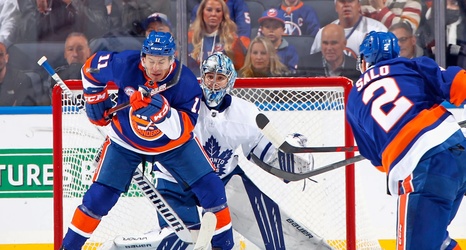 After a loss with a mangled lineup to open their new arena, the New York Islanders hoped a chance to make amends the next night might miraculously bear fruit. But the Toronto Maple Leafs, shutout themselves at home the previous night, were having none of it.

The Leafs made an early goal stand up, and showed a 200-foot dedication that we haven’t seen from them in previous meetings, to the Islanders’ skeleton crew to their sixth consecutive loss. Joseph Woll, making just his second career start, earned an easy 20-save, 3-0 shutout for the Leafs.