John Tavares treasures being captain of the Maple Leafs 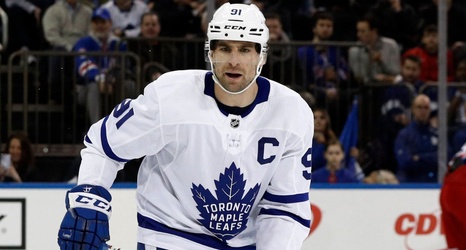 John Tavares of the Toronto Maple Leafs skates during the first period against the Rangers at Madison Square Garden on Wednesday, Feb. 5, 2020. Credit: Jim McIsaac

The opening faceoff of Toronto’s season was two days away. John Tavares was summoned to Scotiabank Arena, and general manager Kyle Dubas brought him into president Brendan Shanahan’s office for what the former Islanders center thought was just a meeting about some logistical stuff.

Tavares’ wife, Aryne, stood inside, holding their nearly 3-week-old son, Jace. The baby wore a blue No. 91 jersey with a special letter on the front — “C.