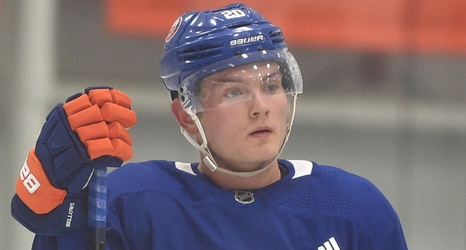 The Islanders are in a desperate battle to maintain a playoff position. And they have desperately needed more scoring in their lineup all season.

Both storylines will converge as the Islanders face the Stars on Tuesday night to continue a three-game homestand at Barclays Center that opened with a 4-3 overtime loss to the Canucks on Saturday afternoon.

Kieffer Bellows, the 19th overall pick in 2016, will make his NHL debut after being called up from the Islanders’ AHL affiliate in Bridgeport on Monday.