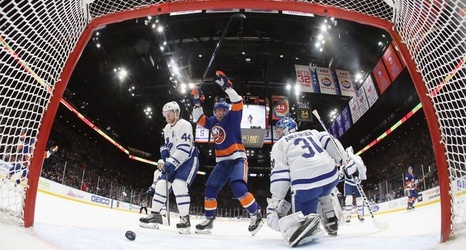 Since John Tavares joined the Toronto Maple Leafs, the New York Islanders hold a 3-1-0 record against them. It's been about as one-sided as possible.

The two teams already faced each other this season. They met earlier in November, with the game finishing in a 5-4 regulation win for the Isles. But since that meeting, both teams have gone under some changes.

The Islanders incredible point-streak is over and they've shown their defense isn't always infallible with a few poor performances of late.

For the Leafs, they have a new bench boss who has them purring.