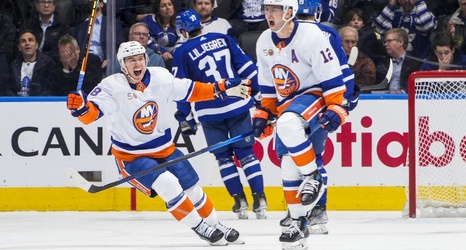 TORONTO — Anthony Beauvillier scored his first goal in 11 games at 1:56 of overtime as the New York Islanders rallied in the third period and beat the Toronto Maple Leafs 3-2 on Monday night.

Noah Dobson and Josh Bailey had the goals in regulation for New York, which got 30 stops from Ilya Sorokin.

John Tavares and Auston Matthews scored for Toronto. Erik Kallgren made 21 saves for the Leafs, who lost their fifth game of the season in OT. Mitch Marner had an assist to extend his point streak to 13 games.