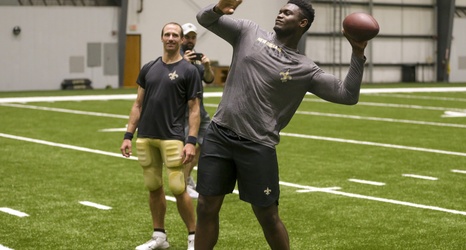 Williamson was the Pelicans’ top draft pick, selected first overall in this year’s NBA Draft. Hayes was also drafted in the first round, and was spotted wearing a Cameron Jordan jersey inside the Mercedes-Benz Superdome. Ball was one of several players acquired in a trade with the Los Angeles Lakers.

Saints quarterback Drew Brees and Williamson have struck up a friendship early on, thanks as much to proximity (the Saints and Pelicans training facilities share a parking lot) as shared goals.