Why Payton Turner at No. 28? Rookie has 'prototype' size Saints covet 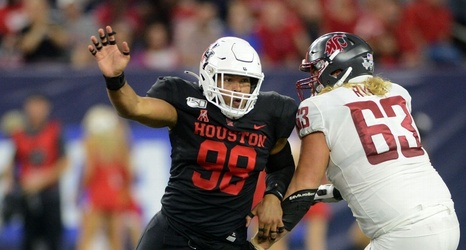 METAIRIE, La. -- The New Orleans Saints raised some eyebrows by drafting Houston defensive end Payton Turner with the 28th pick in the NFL draft, since he was selected sooner than most projected.

But it should come as no surprise that New Orleans’ DE draft board might look a little different than others.

The 6-foot-6, 270-pound Turner is joining a long line of long defensive ends with the Saints, who have coveted his type of size and length throughout the regime of coach Sean Payton and general manager Mickey Loomis. And they have doubled down since assistant GM Jeff Ireland took over college scouting in 2015.