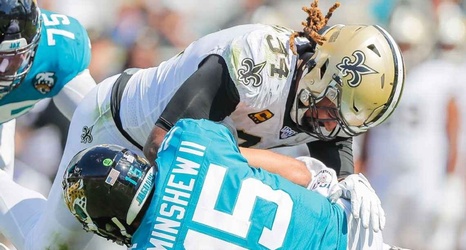 METAIRIE, La. -- This week’s matchup between the New Orleans Saints and Chicago Bears is taking on the feel of a heavyweight fight.

The Bears’ reputation up front on defense is well established. But if you haven’t been paying close attention, you might not realize that the Saints’ defensive line has also become a driving force during Drew Brees' absence.

The Saints are now 5-1 after All-Pro defensive end Cameron Jordan's two sacks powered their 13-6 knockout win at Jacksonville -- just two weeks after they won a 12-10 slugfest over Dallas.