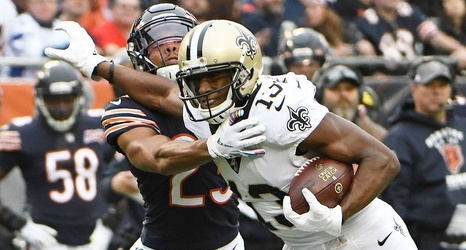 CHICAGO -- The "plan" is for New Orleans Saints quarterback Drew Brees to return from his thumb injury in Week 8 against the Arizona Cardinals, according to Sunday’s FOX broadcast.

But, man oh man, do these Saints just continue to prove each week that they’re going to be alright if he doesn’t rush back.

The Saints (6-1) are a stunning 5-0 since Brees underwent thumb surgery. Then on Sunday, they somehow played their best game yet in a 36-25 win over the Chicago Bears -- even though they also went into the game without injured running back Alvin Kamara and tight end Jared Cook against the Bears’ highly-touted defense.