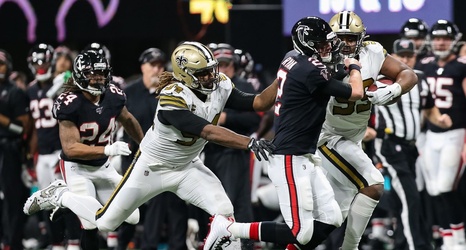 And, on Thanksgiving night, the New Orleans Saints received a delicious meal of a victory, and its third straight NFC South title, punching itself into the postseason.

The tickets for the playoffs wouldn’t come easy, as most division games usually unfold, as the Saints nearly surrendered a 26-9 lead late in the fourth quarter.

Atlanta was able to recover not only one but two onside kicks, despite the new rules greatly restricting the kicking team’s chances of recovery.

Bu,t the defense held up, as defensive end Cam Jordan, who had four sacks on the evening, got to quarterback Matt Ryan to end the Falcons’ hopes of another upset.