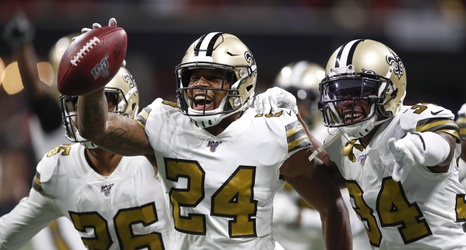 Christmas came early for New Orleans Saints’ fans. They clinched a playoff berth in just their 12th game of the season. What made it even more special is that it was against their division rival, the Atlanta Falcons.

In the last game on Thanksgiving, the Saints defeated the Falcons 26-18. They did so behind a pair of touchdowns from Taysom Hill. They came both as a running back and as a receiver and neither at his listed position of quarterback.

Hill’s success was far from the only factor for New Orleans. Cameron Jordan recorded four sacks, Eli Apple and Marshon Lattimore combined for 16 tackles and Alvin Kamara rushed for over five yards per carry.