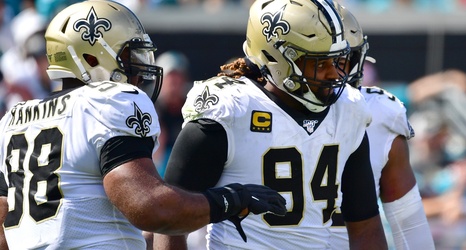 New Orleans Saints defensive end Cameron Jordan came through in a big way for his squad on Sunday against the Chicago Bears, sacking quarterback Mitchell Trubisky late in the first quarter to force a field goal try. It was Jordan’s sixth sack in seven games, and moved him above Pat Swilling in New Orleans’ all-time record books.

Swilling was one of several great linebackers to decorate the famous “Dome Patrol” unit on Saints defenses in the late 1980’s and early 1990’s. He racked up 76.5 sacks in 107 games with New Orleans; Jordan has now reached 77.5 sacks in 134 games.