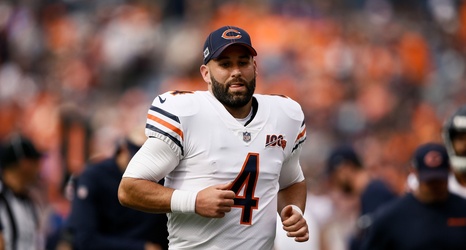 New Orleans Saints defensive end Cameron Jordan is never one to shy away from giving his opinion, or at least sharing his perspective. That extends to which opponents he’d like to see most each week — specifically, Chicago Bears quarterback Mitchell Trubisky or backup passer Chase Daniel.

Jordan made an appearance on NFL Total Access on NFL Network to preview Sunday’s kickoff against the Bears, and if he had his way, Trubisky would continue to watch from the sidelines while Jordan tries to pressure his backup. Trubisky has missed time with a shoulder injury, and is officially listed as questionable to start against New Orleans.