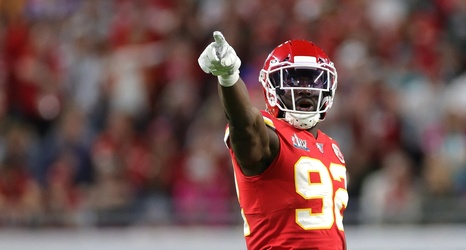 The recent New Orleans Saints signing of defensive lineman Tanoh Kpassagnon (“Tawn-oh Pass-n-yo”) packs a lot of potential. The 6-foot-7 near 290-pounder is quite the imposing physical force. His 4.8 second 40-yard dash entering the NFL in 2017 speaks to the additional athleticism that he packs at that size. With his combination of height, weight, and speed, it’s no wonder that the Saints showed some interested in him during his draft process before he was ultimately selected 59th overall by the Kansas City Chiefs.

With all those tools, there are certainly still things to be worked on.