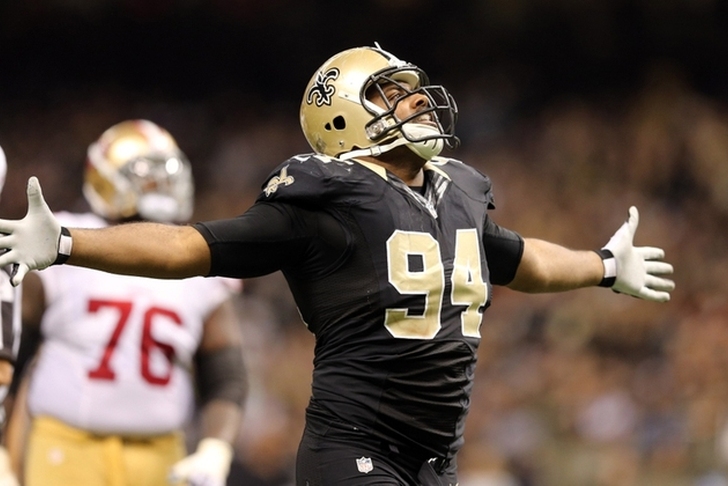 Nearly five years have passed since the 2011 NFL Draft. It was a very strong draft, with players like Cam Newton, Von Miller, A.J. Green, Julio Jones, Patrick Peterson and J.J. Watt all going in the top 11 picks. Not every team ended up with a strong draft, and the New Orleans Saints ended up with an average one.

Now that five years have passed, we have a solid idea of just how good the players from that class are. Things can still change, and the view of the Saints' 2011 draft class looks a little bit different than it did a season or two ago. The Saints started hot, but didn't continue that throughout the draft with their limited selections. They missed on a few players, as every team does each year, but the Saints had an okay 2011 NFL Draft. Here's our grade and breakdown of the Saints' 2011 draft.

The first pick was nothing short of a home run. Jordan has developed into a great DE, and one of the best 3-4 DEs in the NFL. He was absolutely worth the No. 24 pick. This, by a wide margin was the team's best pick in the 2011 draft and one of their best selections in the past decade. As for Ingram, he has developed into a quality starting running back. But that doesn't mean he was worth the No. 28 overall pick, and certainly not worth the second rounder and 2012 first the team paid to move back into the first round. Ingram has done well, especially in the past few seasons, but trading up for him wasn't the best move.

Wilson was supposed to help the Saints pass rush, but he last just 2.5 seasons with the team. He started one game, recording five sacks. He played for three teams in 2015, the Saints, Cowboys and Raiders. After that, he was out of the NFL. Patrick's career played out in a similar fashion. He started just one game for the Saints in his two years with the team. He joined the Chargers for the 2013 season, but was out of the league after that. Missing on mid-round picks like Wilson and Patrick is a big reason why the Saints have hit a rough patch in recent years. Looking for more Saints coverage? Download the Chat Sports Android and iPhone app.

The Saints had just two seventh round picks in 2011, and failed to much from either. Romeus was on injured reserve his rookie season and again his second year. The team cut him before his third year and he never played a down. Bussey spent most of his rookie year, but did briefly play in one of team's playoff games. He never played again. Missing on seventh round picks is a fairly common occurrence in the NFL.

The 49ers had six picks in the 2011 draft, and found real production from just two. They gave up too much for Ingram, although he has been a quality piece. The addition of Jordan (and to a much lesser extent Ingram) is what saves this class from being a total disaster.