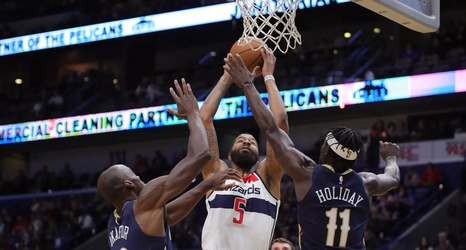 A Klutch Sports Group client is on the move, and the New Orleans Pelicans are involved, but this is not the trade that has already prompted a week’s worth of speculation:

Markieff Morris, the 29-year-old forward, is coming over from the Washington Wizards (along with a 2023 second round draft pick) to finish the final season of his four-year, $32 million deal. He has not hit the court since December 26 due to a neck injury, though the most recent timeline provided by the Wizards suggests he may be ready to suit up for the Pelicans sometime soon.