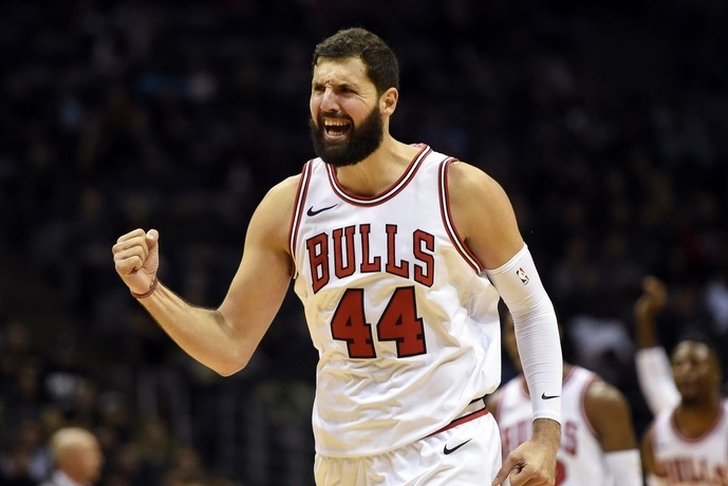 The New Orleans Pelicans have acquired forward Nikola Mirotic in a trade with the Chicago Bulls, according to ESPN's Adrian Wojnarowski.

Pelicans and Bulls have reached an agreement in principle on Mirotic trade, league sources tell ESPN.

New Orleans is planning to guarantee the $12.5M salary of Mirotic in the 2018-19 season, league sources tell ESPN. That clinched a deal. Omer Asik and a future first-rounder part of package to Bulls, league source tells ESPN.

Along with Omer Asik and a 2018 first-round pick, New Orleans is sending veterans Tony Allen and Jameer Nelson to Chicago. The Bulls are expected to waive both Allen and Nelson.

The two sides were close to finalizing this deal earlier in the week, but talks stalled due to uncertainty about what the Pelicans would do with the team option on his contract for next season.

Chicago had been trying to trade Mirotic after he was involved in a fight with Bobby Portis this offseason that resulted in Mirotic suffering a facial fracture.

New Orleans is looking for shooting and frontcourt help in the wake of DeMarcus Cousins' season-ending Achilles injury, both of which Mirotic will provide. They are also hoping to sign Greg Monroe, who was bought out by the Phoenix Suns earlier this week. Including Allen and Nelson in the trade will give them more cap room to sign Monroe.

Mirotic is averaging 16.8 points and 6.4 rebounds per game this season.