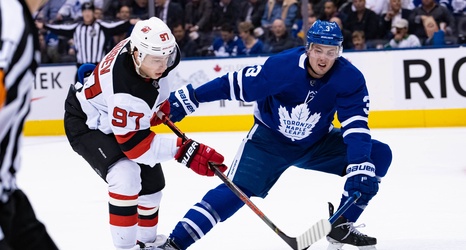 The New Jersey Devils went north of the border with some momentum on their side. Over the weekend, they defeated the Washington Capitals, who lead the NHL in points, and then the Tampa Bay Lightning, who were on a ten-game winning streak. There is no doubt that it was a strong weekend as they look to climb back into things. They came down to Earth, however, against the Toronto Maple Leafs on Tuesday night.

The Devils were not good for most of the game. They allowed the Maple Leafs to dictate play for the first 45 minutes of the game.