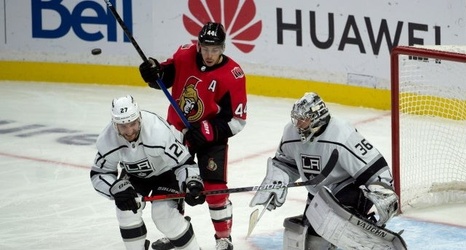 The Fourth Period: The New York Rangers will listen to calls on goaltender Alexandar Georgiev. It’s believed the San Jose Sharks, New Jersey Devils, and Toronto Maple Leafs are among the teams with interest.

Elliotte Friedman reported on the weekend that the Rangers could be looking for young forward in return for Georgiev.

It’s not known if any trade talks have started or what teams would be willing to give up.

Pierre LeBrun of The Athletic: The Los Angeles Kings have made defenseman Alec Martinez available for trade.