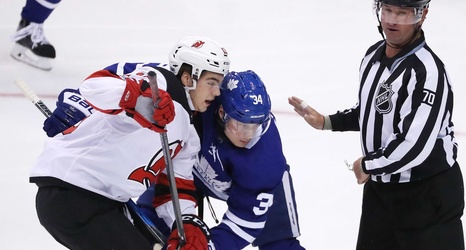 The New Jersey Devils are in the middle of a very tough stretch of games. They have fared pretty well so far, beating the Boston Bruins, New York Islanders, Washington Capitals, and Tampa Bay Lightning. They have fired both their head coach and general manager, and also traded away their former Hart Trophy winner Taylor Hall. Things don’t lighten up any time soon as they head up north to take on the Toronto Maple Leafs.

The Maple Leafs fired their head coach as well back in November. Since firing Mike Babcock, things have been great for them.