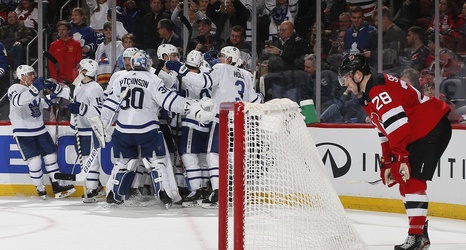 The timing is really bad for the Maple Leafs, who currently sit in third place in the Atlantic Division, but only stand one point ahead of the Panthers and two points ahead of the Philadelphia Flyers, who are sitting outside the postseason.