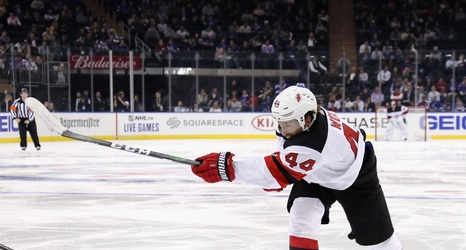 Two seasons ago, the New Jersey Devils started the season with a flurry of interesting roster moves. One of which was leaving Miles Wood off the opening night roster. He played 60 games the year before, but head coach John Hynes did not just give him a roster spot, he made him earn it. We all remember the face Wood made when he was introduced on opening night while sitting in the owner’s box. It was not fun for him.

He ended up only missing five other games the rest of that season, two of which were due to suspension.