WATCH: Every Patriots Touchdown From New England's 33-13 Win Over The Browns 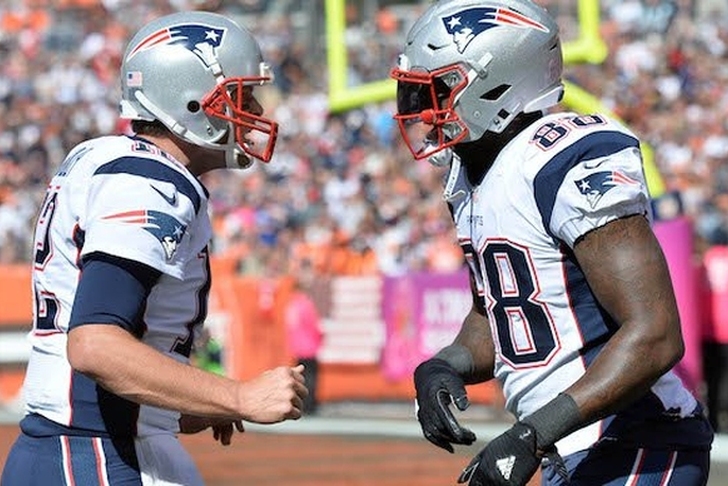 Tom Brady is back and he didn't miss beat. The New England Patriots took it to the Cleveland Browns, beating Cleveland 33-13. Brady had 406 yards through the air, while the Browns lost two QBs to injury and had 262 yards of offense.

Check out every Patriots TD from New England's 33-13 win below.

It was LeGarrette Blount who started the scoring for the Patriots. He plunged in from a yard out to give his team a 7-0 lead.

After the Browns tied it, Brady found TE Martellus Bennett for a 7-yard TD.

The rout was on after that, with Brady finding Bennett for the second time. That made it 23-7 Patriots.

For the third and final time, Brady hit Bennett for a 37-yard score to extend the lead to 30-7.

The Patriots went on to win 33-13. All videos are from the Every Patriots TD Facebook page.