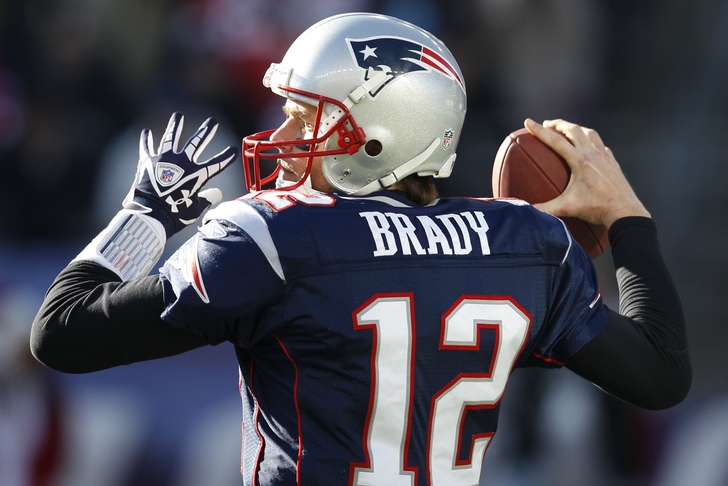 The New England Patriots and San Diego Chargers engaged in an entertaining back-and-forth first half on Sunday Night Football, with a Darrell Stuckey 53-yard fumble recovery for a TD helping provide the slimmest of leads for San Diego at the half, 14-13.

After a scoreless third quarter, New England would build a two-score advantage by scoring ten unanswered in the fourth (20 unanswered altogether) to take a nine-point lead. The Chargers wouldn't answer, as the Pats finished off a 23-14 win in Southern California.

With the Pats nursing a 16-14 lead, WR/punt returner Julian Edelman changed the entire game on one play in the fourth quarter - breaking coverage on a pass from Tom Brady for a track star-like, 'catch me if you can' 69-yard TD reception.

That extended the Pats' lead to 23-14 and, for all intents and purposes, was a primary factor in deciding this entertaining contest between AFC playoff contenders.

It wasn't always pretty, but Tom Brady once again proved the difference when it mattered most. He finished 28-of-44 for 317 yards with two touchdowns against one interception, and helped the Pats run out a fair amount of clock with a gutsy 3rd down scramble for a first with time winding down.

WRs Malcom Floyd (3 catches, 54 yards, 1 TD) and Donald Brown (four catches, 52 yards) both has serviceable days for San Diego while their QB, Philip Rivers, struggled to do much else with the rest of the Chargers' receiving corps.

In a battle of top-tier NFL QBs, Brady won this one - nearly doubling Rivers' yardage output for most of the night before finishing with 317 yards to Rivers' 189.

Things don't get much easier for the Chargers, as they host the AFC West-leading Denver Broncos next Sunday at Qualcomm Stadium.

The Patriots are also faced with a tough task of their own, squaring off against the Miami Dolphins at home in a pivotal AFC East showdown with major implications on the AFC Playoff picture.