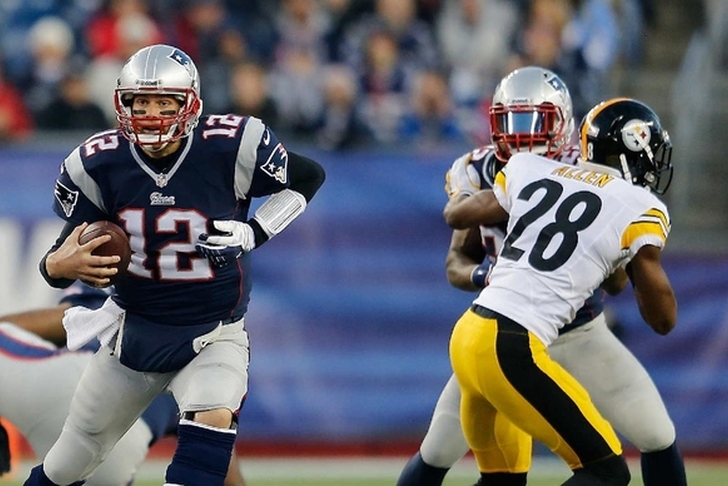 The New England Patriots put an offseason of accusations behind them with a resounding 28-21 statement win over the Pittsburgh Steelers in the NFL's season kickoff on Thursday night in Foxboro that wasn't as close as the score makes it appear. What did we learn from the defending champs' big night? Here's 4 things that caught our eye.

4. Pittsburgh Still Has Questions In Their Secondary

The Steelers' young secondary has been a point of concern all offseason long, and that hasn't changed after Tom Brady eviscerated them with a Week 1 beatdown of surgical proportions (more on that later). Pittsburgh is lucky they're in the AFC North with three rivals possessing less that elite-caliber passing attacks (no disrespect to AJ Green and Steve Smith), but they're still going to need to fix the holes on the back end if they're going to have any chance to make a legit run in December and January.

The New England star tight end was as beastly as ever in Thursday's opener, dragging Steelers linebackers and defensive backs along with him as he rumbled for three touchdown catches. Tom Brady spread around most of the targets to Julian Edelman and the rest of the receiving corps, but he looked to Gronk in the clutch has he always seems to do. Gronkowski delivered, gutting the Steelers defense and essentially ripping the game away from Pittsburgh from the start.

Gronk is the first player to catch three TDs against the Steelers twice. His four 3+ receiving TD games since entering the league in 2010 are the most by any player in that span.

2. The Steelers Need To Find Their Finishing Touch

The Steelers offense moved at a healthy clip during the first half, but a couple of missed field goals by Josh Scobee and some disorganization in the clutch doomed Pittsburgh. The biggest evidence of this was an inexplicable bit of clock management late in the first half by Mike Tomlin, forgoing his 2nd timeout for about 20 or so seconds before finally calling it with 13 seconds to go deep in Pats territory (this is not to mention ANOTHER bad clock management before the two-minute warning in the 4th). Scobee would hit a chip shot, but that's another four points the Steelers may have left on the board.

All together, that's 10 points that could have closed the gap and kept the game nail-bitingly close.

Brady treated tonight's game like he was playing Madden with a cheat code -- finishing a mind-boggling 23-for-27 for 278 yards and four touchdowns. Tom Terrific was in full robot mode on Thursday, picking apart the Steelers on all levels and basically playing pitch and catch with anyone he targeted. Did you hear the "Where is Roger?" chants in the 4th quarter? Brady's masterful performance is the reason those rained down is such a thunderous fashion.